The Captains Flat Project is located 50km southeast of Canberra in New South Wales and covers an area of 31 square kilometres south of the old mining town of Captains Flat. The town is home to the historic Lake George Mine which was first worked during the period of 1882 to 1899 for a recorded production of 26.7 tonnes of silver, 16,100 ounces of gold and 3,841 tonnes of copper from 114,560 tonnes of ore.  It was reopened in 1937 and up to the date of its closure in 1962 produced 406,418 tonnes of zinc, 243,851 tonnes of lead, 27,230 tonnes of copper, 7.4 million ounces of silver and 220,000 ounces of gold from over four million tonnes of ore. The mine is hosted in a narrow north-trending suite of volcanic rocks which extends down into Ironbark’s Peakview Project. Several prospects, including, Julita, Anembo and Jerangle, are present along this faulted suite of rocks that have not been adequately drill tested.

In June 2015, Ironbark increased its ownership of the Captains Flat Project to 50%, under a new Joint Venture agreement with NSW Base Metals Pty Ltd (a subsidiary of Glencore) in which both companies hold equal title of the Captains Flat Project Licence.  Recent diamond drilling at the Jerangle Prospect, conducted under the previous JV agreement, returned several significant intercepts including: 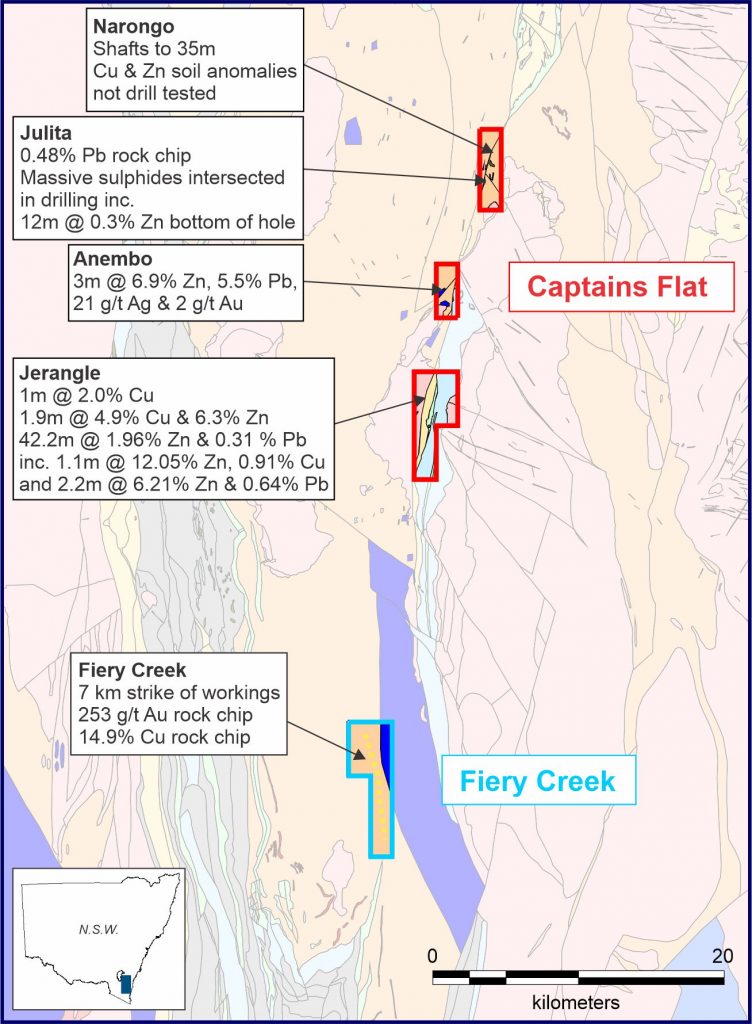